Chiang Mai Bus Terminal 1, also known as Chang Phueak Bus Terminal, is Chiang Mai’s bus station for services to destinations within Chiang Mai Province and to the neighbouring provinces of Lampang and Lamphun.

Chiang Mai Bus Terminal 1 used to be Chiang Mai’s main bus terminal but now it only it is only the terminal for local services and a small number of destinations in provinces bordering Chaing Mai. Chiang Mai Bus Terminal 1 is located just to the north of the old walled city area of Chiang Mai is walking distance from many of the city’s most popular tourist attractions and many of the most popular small hotels and guesthouses.

There are three types of schedule service which depart from and terminate at Chiang Mai Bus Terminal 1: 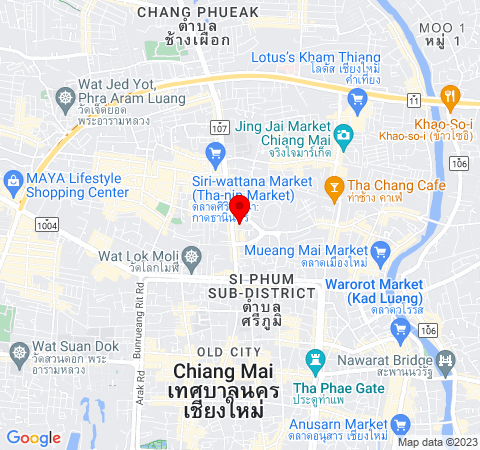 Chiang Mai Bus Terminal 1 is an old fashioned and chaotic bus station which is slightly run down and in need of modernisation. The station is somewhere that people tend to pass through quickly to board frequent low cost transport on relatively short journeys and the facilities at the Chaing Bus Terminal 1 reflect this.

Chiang Mai Bus Terminal 1 has old fashioned squat toilets which are difficult to keep clean because the facilities are very old. The station also has several shop units within the terminal itself selling drinks and snacks. Because of the city centre location it is, however, only a short walk back towards the old town to find restaurants and larger shops with better facilities. There is a 7-11 convenience store (open 24 hours a day) and an ATM machine right next door to the bus station as well.

Use the Search Box below to buy travel tickets to and from Chiang Mai.

There are regular services from Chiang Mai Bus Terminal 1 to the following destinations: