The cheapest and quickest way to travel from Bangkok to Hua Hin is to travel by minivan. Travel by minivan is around 1 hour 15 minutes quicker than travelling by train and the departures are much more frequent.

Use the Search Box below to buy your tickets from Bangkok to Hua Hin.

Mochit New Van Terminal is located near Bangkok Northern Bus Terminal close to Chatuchak Park in the north of Bangkok.

Ekkamai Bus Station is the easiest of Bangkok’s three major bus station to reach because it is located on the Sukhumvit Road near to Ekkamai BTS station, which means you can the skytrain directly. Minivan services from Ekkamai Bus Station arrive at the same location on the Phetkasem Road as minivans from Sai Tai Mai Bus Station.

Option 3: From near the Khao San Road to Hua Hin

The arrival point for all these minivan services from Bangkok to Hua Hin is at the Hua Hin Amber bus station on the Phetkasem Road very close to the Hua Hin Market Village shopping centre. The minivan stop is 1.6 km from Hua Hin Railway Station and 1.7 km walk away from the famous Chaolay Seafood Hua Hin Restaurant on the Nares Damri Alley. 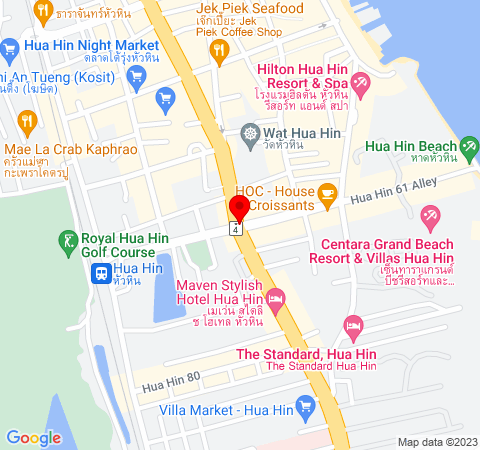