There are two ways to get from Hua Hin to Pak Chong:

For travel between Bangkok and Pak Chong you have the option of either travelling by minivan or by train. There are minivan services from Bangkok’s Northern Bus Terminal from 05.00 to 17.00 every day. Travel by minivan from Bangkok to Pak Chong takes 3 hours and costs 250 THB per person booked online. There are also 10 direct train services a day from Bangkok’s Hua Lamphong Train Station to Pak Chong departing throughout the day from 05.45 to 22.45. Travel by train is scheduled to take between 3 hours 7 minutes and 4 hours 24 minutes and tickets cost between 82 THB and 632 THB depending upon which train you take and which seat type you book.

There are 3 direct bus services a day from Hua Hin to Pak Chong which you can book online.

Use the Search Box below to book your tickets from Hua Hin to Pak Chong.

Comparison of the options

It is quicker and easier to travel direct from Hua Hin to Pak Chong by bus, than it is go via Bangkok. If you travel by minivan from Hua Hin to Bangkok it takes 3 to 4 hours and costs around 180 THB. Once in Bangkok you will need to get from either the Southern or Eastern Bus Terminal to the Northern Bus Terminal which will take you around an hour and cost roughly 100 THB depending on how you travel. From there it takes 3 hours to reach Pak Chong for around 250 THB. The journey by minivan from Hua Hin to Pak Chong indirect via Bangkok will take you at least 8 hours and cost at least 530 THB. The journey from Hua Hin by train to Pak Chong via Bangkok can be done for as little 184 THB if you travel in the cheapest seats, however, expect the journey by train to take at least 9 hours (including connection times) and if you do travel in the cheap seats it won’t be very comfortable. Unless you are planning a stop over in Bangkok on route from Hua Hin to Pak Chong we definitely recommend taking the bus direct, it takes only 5 hours 45 minutes, you don’t need to trek across Bangkok between bus stations, and it only costs 337 THB booked online. 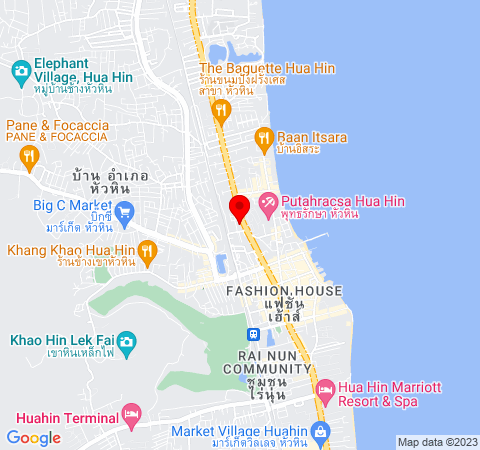 Bus services from Hua Hin terminate in Pak Chong Town at the Bus and Coach Station on the Tessaban 23 Road.

The entrance fee for foreign visitors to Khao Yai National Park is 400 THB for adults and 200 THB for children.