There are two ways to travel direct from Phrae to Bangkok:

Bus Times from Phrae to Bangkok

There currently are five daily direct bus services from Phrae to Bangkok which you can book online.

Buy Tickets from Phrae to Bangkok

Use the Search Box below to buy your tickets from Phrae to Bangkok.

Phrae Bus Station is conveniently located just off the Yantrakit Kosol Road and about a 1 km from the central point of Phrae Town. Cycle rickshaw, but not taaxis or tuk-tuks, are available for journey within the town centre. The fare will be in the region of 40 THB to 80 THB depending on the distance of journey and how well you can negotiate.

Phrae Airport is only 3 km away from Phrae Bus Station and 1.6 km away from Wat Chai Mongkol temple in the centre of Phrae Town. To travel from Phrae Town to Phrae Airport take a motorbike taxi or a songthaew. A songthaew is converted pick up truck with a hard cover and two rows of seats inside. Songthaews are used for both shared taxis and private taxi services. You can normally flag down songthaew to the Airport down on the Chor Hae Road in the centre of Phrae Town. 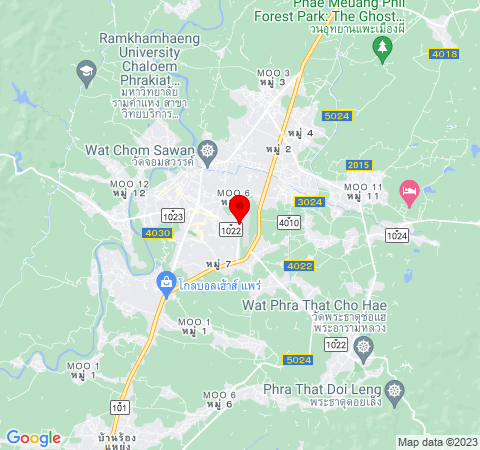 Arrival by Bus in Bangkok

The easiest way to travel from Morchit Bus Station into central Bangkok is to take a taxi from the bus station to either Chatuchak MRT (metro) station or Mo Chit BTS (skytrain) station. The fare on the meter should be 50 THB to 60 THB in a taxi. From the MRT and BTS stations you reach most destinations in downtown Bangkok as well as connect to the Airport Link to Suvarnabhumi International Airport. For travel from Morchit Bus Station to Don Muang Airport or the Khao San Road areas we advise you to take taxi all the way as neither the Khao San Road or Don Muang Airport are currently connected to the BTS or MRT systems.

Flights from Phrae to Bangkok arrive at Bangkok’s second airport: Don Mueang Airport. The easiest way to travel from Don Mueang Airport to Central Bangkok is take a shuttle bus on the A1 route from Don Mueang Airport towards Morchit Bus Station. Shuttle Buses depart from the ground floor of the airport terminal building from 07:30 to 24:00 every day. For travel within Bangkok alight from the shuttle bus at Mo Chit BTS station and continue your journey via the BTS elevated railway, known locally as the ‘Skytrain’. The fare is 30 THB whether you stop at Mo Chit BTS station or continue all the way to Morchit Bus Station. Don Muang Airport also has its own railway station although we do not recommended taking a train from there into Central Bangkok as trains tend to move very slowly within Bangkok and it is a relatively slow way to travel from Airport into the City Centre.