There are two ways to travel from Phrae to Chiang Mai:

Bus services from Phrae to Chiang Mai are operated by the Green Bus Company.

Use the Search Box below to find your tickets from Phrae to Chiang Mai.

Phrae Bus Station is conveniently located near the centre of Phrae Town near to the Yantrakit Kosol Road which runs through the centre of Phrae Town. If you are staying at a hotel or guest house in Phrae Town you are likely to be able to be able to walk to the bus station. Phrae is a small town. If you do not want to walk or you have a lot of luggage then you take a cycle rickshaw to destinations within the town for 40 THB to 80 THB depending on the distance and your negotiating skills. 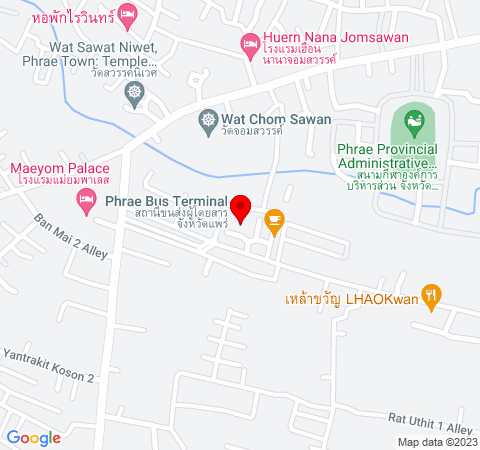 Chiang Mai Bus Terminal 3 is located to the East of Chiang Mai’s old town and more than walking distance from the train station and the popular riverside area near the Night Bazaar: