Phuket Bus Terminal 1 is a large and well managed bus station especially considering that the station only serves a range of destinations on the island, and a very limited number of intercity services. If you are planning to travel from Phuket Town then you should initially head straight to Phuket Bus Terminal 1 and make your way from there.

Phuket Bus Terminal 1 is located off the Phang-Nga Road in Phuket Town. 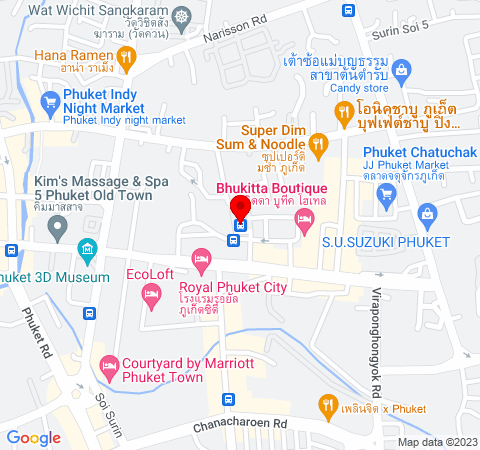 Buying Tickets at the Bus Station

For local minivan services, shared taxi services and the bus to the airport you pay on the bus and there is no need to buy a ticket in advance.

For long distance bus from Phuket Bus Terminal 1 you do need to buy a ticket in the station before you get on the bus. Rather confusingly there are two ticketing areas in Phuket Bus Terminal. There is one ticket counter in at the far end of the waiting area and also a cluster of ticket counters near the main entrance. Its not entirely clear whether you can buy tickets for the same services at both ticket counters or whether you need to particular ticket counter depending upon where you are going. The best advice is to ask at both sets of counters about services before deciding which bus ticket to buy and who from.

Use the Search Box below to buy bus tickets from Phuket to Surat Thani and other destinations in Thailand:

The popular services from Phuket Bus Terminal 1 are:

Next read about Chinpracha House in Phuket Town