Rommaninat Park is a 45,000 square metre park on the Maha Chai Road in the China Town district of Bangkok with an interesting history.

By 1960 this small city centre site became very overcrowded and Klong Prem Central prison was moved to a new location in the north of the city. The Maha Chai Road facility re-purposed to become Bangkok Remand Centre. Eventually this facility also outlived it usefulness and most, but not all, of the prison building were demolished and a park was created in 1992.

Rommaninat Park is now a wonderful green space in an otherwise very built up part of Bangkok. The only reminders of the very unpleasant prison that once existed there are two observation towers, a section of the old prison walls and the adjacent Corrections Museum.

As well as trees, flower beds, a pond, some decorative statues and grassed areas, Rommaninat Park has some well maintained free to use recreational facilities. There is a children’s playground, a fenced off ball court, a running track around the park and some fitness equipment for circuit training.

Other than it’s grim past history, the best known thing about Rommaninat Park is its large free weights gym. The gym is open air so unfortunately it is difficult to use when it is raining, or in the midday sun, but at other times there are normally always people using the gym, which is open to all at no charge. 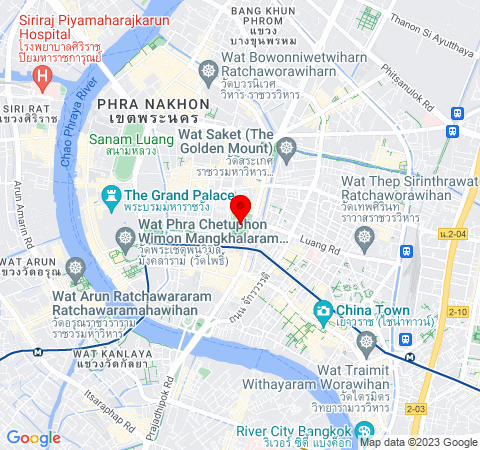