It’s the 13th April and that means one thing in Thailand: Songkran. Songkran is New Year in the Thai calendar, which coincides with the ‘rising’ of Aries on the astrological chart, and the celebration in the South of Thailand lasts until the 15th April. 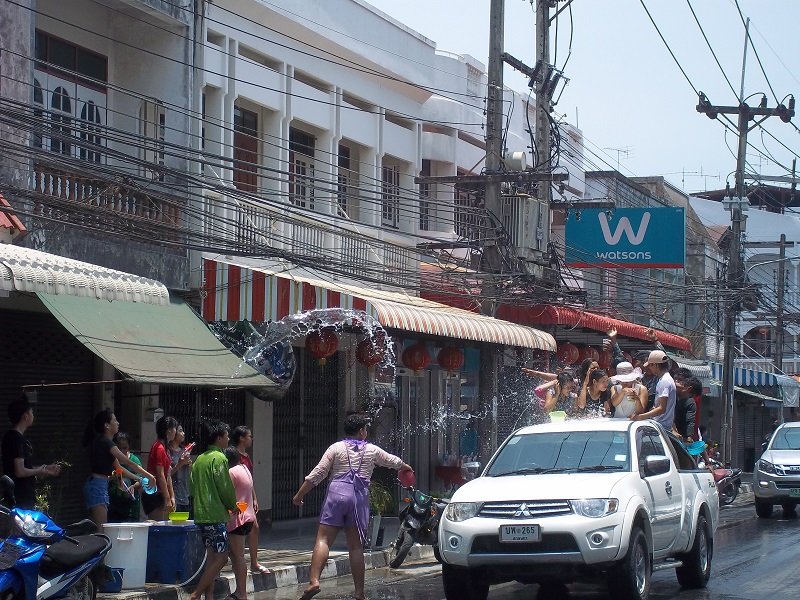 Songkran Involves The Throwing Of Lots of Water

Songkran is famously celebrated in Thailand (and now Singapore, Cambodia, Laos and everywhere else in South East Asia looking to attract tourists) with a big water throwing festival. Apparently the water throwing festival has it origins in the practice of monks washing Buddha statues on Thai New Year as an act of symbolic purification. This morphed over time into the symbolic purification of people by monks carefully pouring water from bowls onto the faithful seeking to make merit to mark the New Year – rather like a New Year’s resolution in Europe.

The Original Meaning Appears To Have Been Lost

What Songkran is now is young people having a large water fight, getting drunk and having road accidents. It is both fun and a genuine nuisance and concern for public authorities all at the same time. Like most things in Thailand, Songkran is a compact package of the good, bad, sacred, profane, and dangerous all wrapped up in a veil of a tradition whose origin and meaning have been pretty much forgotten. Am I being culturally insensitive if I suggest that gold amulets blessed by a monk are less effective than staying sober and wearing a seat belt when it comes to road safety? Just because it is a tradition doesn’t mean it makes any sense. 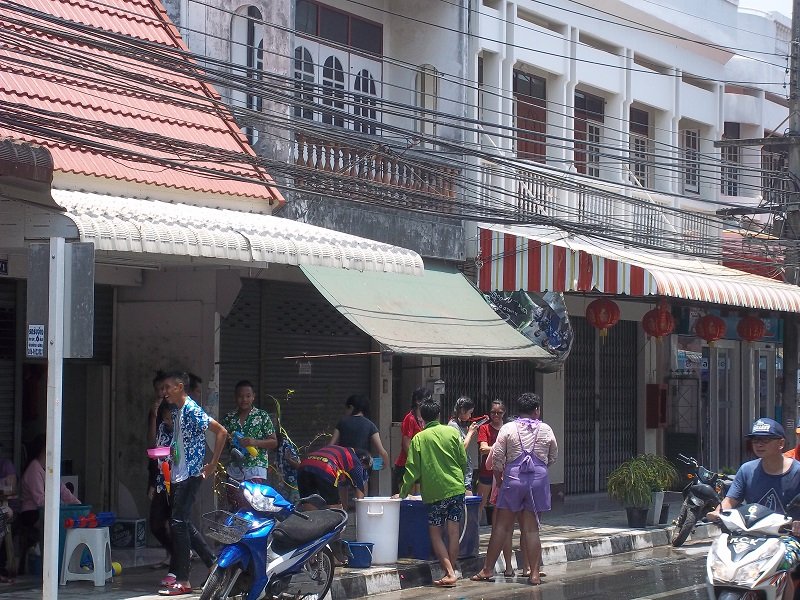 Group 1: The People Who Stand In A Group On The Street

Enough of the philosophical analysis and back to the water fight. During Songkran Thailand splits into three groups. The first group is people who stand with their friends and family on the street in front of their house or place of business (often one and the same). This group stands at the side of the road drenching passers by from large buckets of water with ice. The water throwing is interspersed with drinking Chang beer or rum and coke and eating. 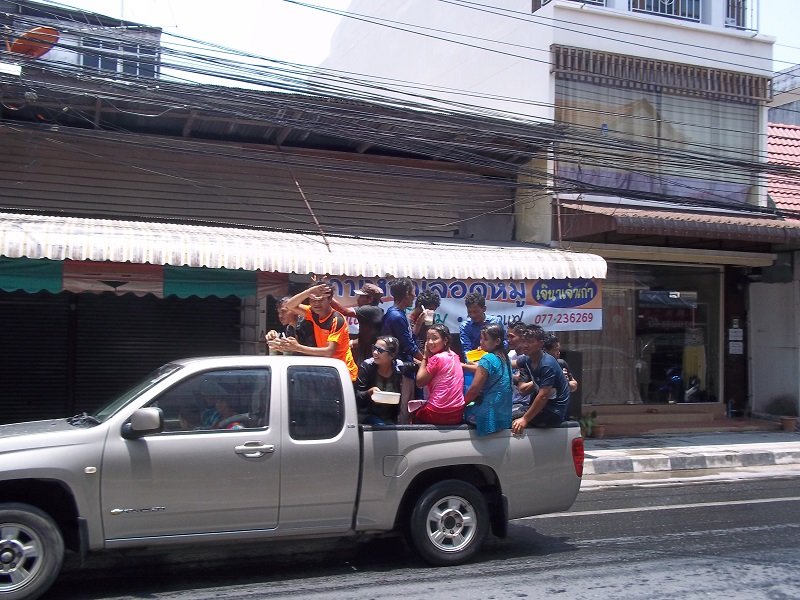 Group 2: The People In The Pick Up Truck

The second group takes to the street in the back of a pick up truck. Again drenching people they pass with water from large icy buckets and drinking Chang beer or rum and coke. The people in the trucks do not appear to have snacks on the go, and from what I can make out the decision whether to throw water from the street or a truck all depends on how much you like eating. Thai people in ‘Group 1’ appear to be fatter than those in ‘Group 2’. The people in the trucks seem to focus their water throwing activities on the groups on the street. There may be some of kind of fat versus thin thing going on during Songkran. Who knows. 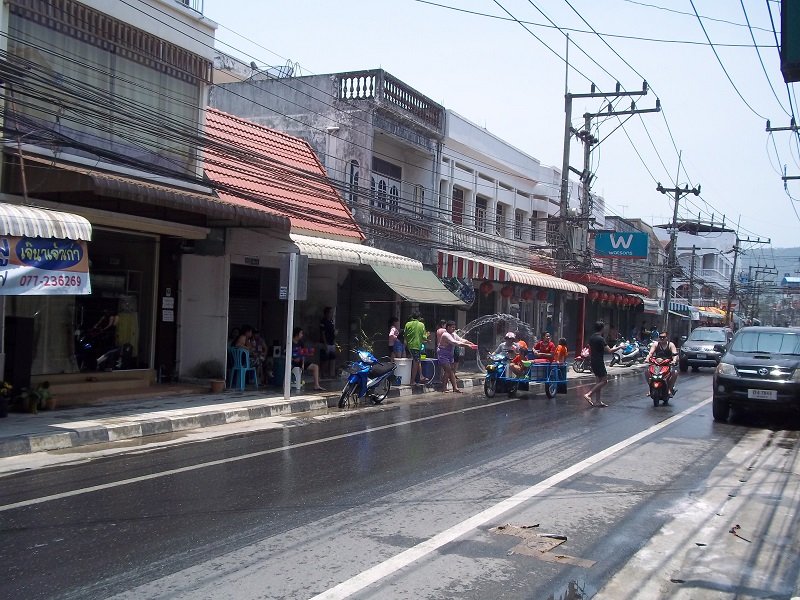 Group 3: People Trying To Go About Their Normal Routine

The third, final, and largest group is made up of people trying to go about their everyday business and not throwing water at all. No one escapes the water throwing and the powder smearing. It always surprises me that no one in Group 3 appears to lose their temper at being accosted by Groups 1 and 2. At a guess, people in Group 3 have feelings ranging from slightly annoyed to seething mad but don’t want to show it for fear of losing ‘face’.

Happy Songkran 2016. For those of you who are interested, these pictures were taken this morning in Nathon, the administrative capital of Koh Samui.

Next read about the Loi Krathong Festival