Thong Nai Pan Noi is a small beach and village in the North East of Koh Phangan with a big reputation. Thong Nai Pan Noi was a major destination on the South East Asian backpacker circuit until around 2005 when the character of the beach changed as major investors moved in building large expensive resorts in an area around the beach which was previously coconut groves. Thong Nai Pan Noi is still immensely popular except the visitors are no longer backpackers staying for months at a time but high budget visitors staying for a week or two in luxurious accommodation.

A lot of the tourists who come for holidays in Thong Nai Pan Noi prefer it over visiting destinations in the Caribbean because as well as the resorts there is a small village with independent restaurants and bars which is safe to go to and generally reasonably priced. A stay at a luxury beach front hotel in Thong Nai Pan Noi does not mean being stuck in the resort for the whole holiday except for going on expensive excursions with guides to the local points of interest.

Thong Nai Pan Noi is not a private beach even though some parts of it has been cordoned of by some of the beach front hotels. In fact you can sit where you like on this beach, although most people who aren’t staying at one of the beach front resorts tend to head to the northern end of the beach where there is shade from the trees at the back of the beach.

There are no lifeguards on Thong Nai Pan Beach but there are warning flags. It is very safe to swim on this beach except in stormy weather which can cause riptides that are dangerous. So long as you don’t swim when the red flags are up then this is a very safe environment for children to play in the water with very few waves and virtually no current. The sand is also kept clean by the people working in the resorts on the beach front.

Thong Nai Pan Noi has a wide variety of restaurants. Because of its isolation, amongst other reasons, eating out in Thong Nai Pan Noi tends to be a bit more expensive than elsewhere on Koh Phangan although there are still bargain options to be found with two clusters of food stalls, one in the centre of the village and the other in a covered night night market as you enter the village.

Most of the accommodation in Thong Nai Pan Noi is relatively expensive. For the best room, such as private pool villas, the room rate goes as high as 40,000 to 50,000 THB a night depending on the season. You can, however, still find rooms for under 1,000 THB a night away from the 4 or 5 star resorts.

The hotels on Thong Nai Pan Noi include:

Ferries from the mainland, and most ferries from Koh Samui, arrive in Koh Phangan at Thong Sala Ferry Pier. From there it is a 30 minute journey by road to Thong Nai Pan Noi. The only public transport on the island is by shared taxis which wait for passengers to come off the ferries. Per person it costs 300 THB to travel in a shared taxi from the ferry pier to Thong Nai Pan Noi. 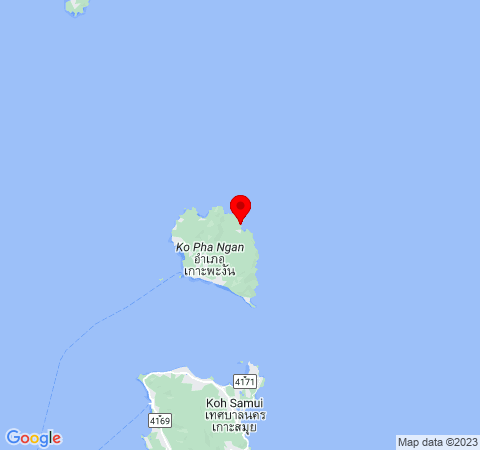