By bus the journey from Lampang to Khon Kaen is scheduled to take around 10 hours. You can also travel indirect by train via Ayutthaya, where you would need to change train lines.

There are currently 3 direct bus services a day from Lampang to Khon Kaen available to book online.

Use the Search Box below to buy your tickets from Lampang to Khon Kaen. 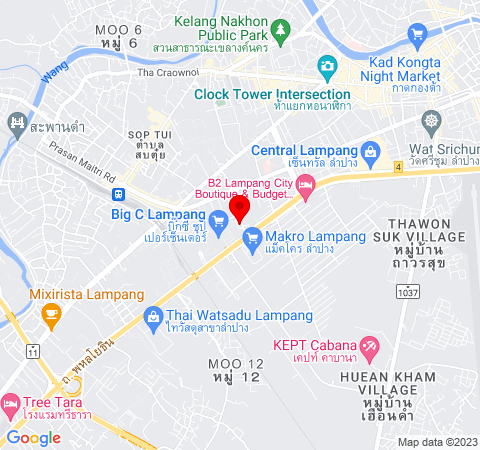 About Travel to Khon Kaen

By road it’s a 565 km journey from Lampang to Khon Kaen. The route travels south east via the cities Uttaradit and Phitsanulok before passing Thung Salaeng Luang National Park and Nam Nao National Park in Phetchabun Province on the way to Khon Kaen. Other than taking a bus there are no other public transport services which travel direct from Lampang to Khon Kaen. If you want to fly you would need to take a plane from Lampang to Bangkok and then another plane from Bangkok to Khon Kaen. Alternatively, you could travel by road or train from Lampang to Chiang Mai (a journey of around 100 km), and from Chiang Mai fly to Udon Thani, then travel by road or train from Udon Thani to Khon Kaen (a journey of around 130 km). Neither route would, however, be considerably faster than travelling direct by bus because of the connection times between flights and bus or train services.

Khon Kaen is a large city, with other 100,000 residents and a wide range of facilities including several of the best known higher education institutions in Thailand. What Khon Kaen does not have, however, is any major tourist attractions in the city centre. Khon Kaen is a modern city which is much less reliant on income from tourism than cities such as Chiang Mai and Pattaya. Khon Kaen has a public museum and a city centre temple with an interesting 9 storey pagoda (Wat Nong Waeng) but not much else that will be of great interest to most leisure visitors. The most interesting and popular places to visit in the province, such as the Ubolratana Dam and Phu Wiang National Park, are located 60 to 80 km from Khon Kaen city centre and visitors will need to hire a motorbike or car to get there as they are not easily accessible by public transport.