By bus the journey from Mae Sai to Chiang Mai is scheduled to take 5 hours 10 minutes. There is a single bus company operating services on this route.

There are currently 2 direct bus services a day from Mae Sai to Chiang Mai available to book online.

Use the Search Box below to buy tickets from Mae Sai to Chiang Mai. 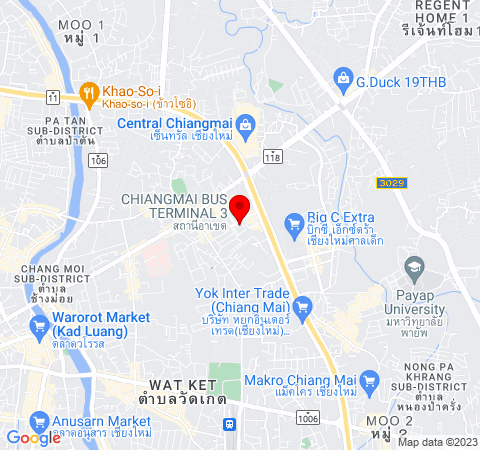 One of the things Chiang Mai is best known for is its temples and the highest concentration of these is in the old walled town area of the city, which dates back to 1296. The one major out of town temple you can’t miss, however, is Wat Phra That Doi Suthep which is on a hill 16 km by road to the West of Chiang Mai City. It is easy and cheap to get by the red coloured shared taxis which depart from near to the Chang Phuak Gate on the northern perimeter of the old town in Chiang Mai. Wat Phra That Doi Suthep is a beautiful temple located at 1,073 metres above sea level with fantastic views over Chaing Mai and the surrounding countryside.

Chiang Mai’s old town is a really compact area bounded on all side by a moat on all four sides, each approximately 1,500 metres long. Within this square defensive perimeter are other 30 temples, some bigger than others, but all with points of interest. You can explore all the most interesting temples in Chiang Mai old town on foot in a day. The four most popular temples are: