There are only two forms of public transport from Mae Sot to Sukhothai (which is located 169 km by road to the east): bus and taxi.

There is one direct bus service a day from Mae Sot to Sukhothai available to book online.

Use the Search Box below to buy tickets from Mae Sot to Sukhothai: 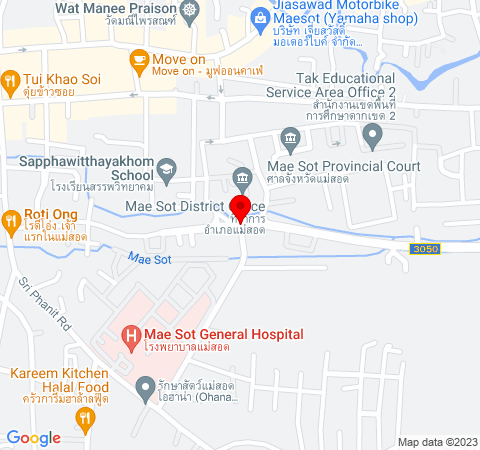 About Travel to Sukhothai

Sukhothai Historical Park covers an area of approximately 70 square kilometres, featuring the remains of 198 buildings, most of which were temples. The area was the site of the ancient city of Sukhothai which was the first capital (from 1238 to 1438) of what later became known as the Kingdom Of Thailand. The historical park is split into 5 sections, entry into each of which costs 100 THB. Because of the large size of the park you would struggle to see everything in one day, and most visitors tend to prioritise the Central Zone which is where the most famous of the ruins are located. The Central Zone of the historical park is surrounded by a rectangular perimeter wall measuring 2 km by 1.6 km, and contains 22 monuments. The nearby Northern Zone has a further 10 monuments, spread further apart, 2 of which are very popular. In order to see as much of the park as much many visitors choose to rent a bicycle.