There are currently 8 direct bus services a day from Nakhon Si Thammarat to Hat Yai available to book online.

Use the Search Box below to buy bus tickets from Nakhon Si Thammarat to Hat Yai:

Passengers need to check in 30 minutes before departure time at the Nakhonborrikarn ticket counter in Nakhon Si Thammarat Bus Station. 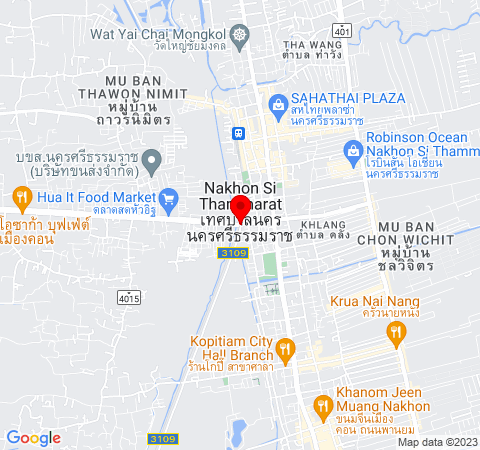 About Travel to Hat Yai

Hat Yai, with a city centre population of over 150,00 permanent residents, is the largest town in Southern Thailand. The city is a destination in its own right for many Malaysian tourists, but less so for tourists from most other parts of the world whose primary reason for visiting Hat Yai is a board a bus, train or plane to somewhere else. Hat Yai is a major transport hub for travel to Malaysia, the Andaman coast, particularly Koh Lipe, and the nearby and very pleasant town coastal town of Songkhla. Hat Yai, nonetheless, has some great hotels, restaurants, markets and shops which are what attracts the Malaysian visitors and if you are passing through the city are worth visiting.

The most lively part of Hat Yai is the area around the Railway Station, this is where the best hotels, bars, restaurants and shopping centres are all located. This part of town is located 2.9 km away from the bus station which you arrive into on the bus from Nakhon Si Thammarat. We don’t recommend trying to walk it as it not a walk down a straight road, but a route with lots of turns upon it is very easy to get lost. Instead take one of the motorbike taxis or small blue taxi vans which outside the bus station and charge 40 to 60 THB for journey. Alternatively, if you really don’t fancy doing anything else other than relaxing after arriving into Hat Yai then check into the nearby CK Residence and in the evening eat at one of the street stalls which set up in front of the entrance to the bus station in the evening. If you do make it into the centre of the city then visit the Seneha Nursorn Road, which is notable for its fish restaurants and fast food outlets, including McDonalds, inside the Lee Garden Plaza. If you want to visit a Western style bar and eat Western food then try The Swan or Post Laser Disc, both on the Thamnoon Vithi Road, which is the main road leading to the railway station and around the corner from the Seneha Nursorn Road.