Bus Times from Nan to Bangkok

There are currently 6 direct bus services a day from Nan to Bangkok available to book online.

Flight Times from Nan to Bangkok

Buy Tickets from Nan to Bangkok

Use the Search Box below to buy your tickets from Nan to Bangkok. 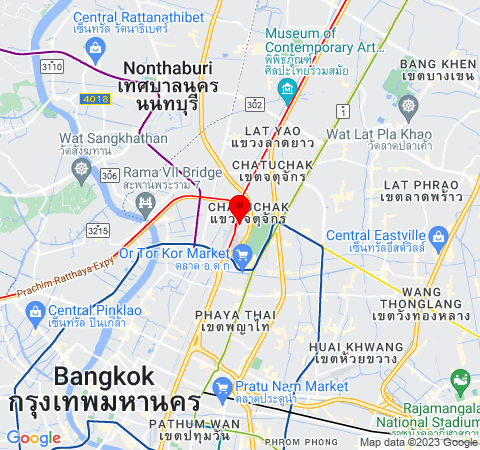 Once you access either the BTS or MRT systems you can travel to most parts of Central Bangkok, and you can also connect with the Airport Link to Suvarnabhumi Airport or with the national railway network at the nearby Bang Sue Railway. Travel by BTS or MRT is generally a faster way to travel around Bangkok than taxi or bus because the roads in Bangkok are often congested, particularly during the early morning and early evening with local commuters. One place you should, however, simply take a meter taxi to direct from Bangkok Northern Bus Terminal is the Khao San Road area which isn’t currently connected to either the BTS or MRT system. The journey by taxi from the Northern Bus Terminal to the Khao San is generally quite fast except at the busiest times of the day and should cost around 100 THB depending of course upon whether you can find a taxi driver willing to use their meter and whether you get stuck in a traffic jam.