There are two ways to travel direct by public transport from Phuket to Chiang Mai: by bus or by plane. Flying is quicker but flights can cost upto twice the amount of a bus ticket.

There is a single direct bus service a day from Phuket to Chiang Mai available to book online.

Use the Search Box below to buy your bus and flight tickets from Phuket to Chiang Mai. 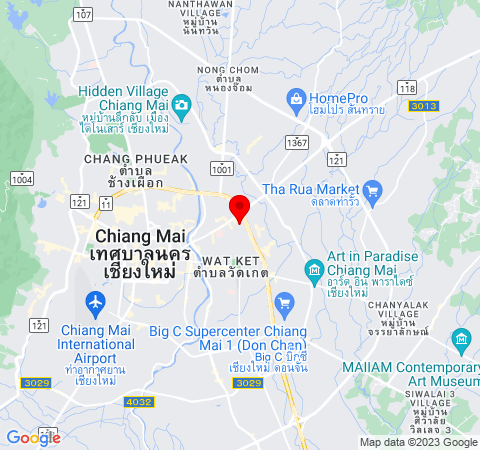 Chiang Mai is one of the most visited destinations in Thailand and the largest city in the Northern Region of Thailand with a city centre population of over 120,000 permanent residents. The main tourist attraction in Chiang Mai is its historic Old Town area established in 1296 as the new capital of the Lanna Kingdom. The Old Town is rectangular surrounded by a moat and the remnants of a city wall. The Old Town contains over 70 temples, the two largest and most interesting of which are Wat Phra Singh and Wat Chedi Luang. The old town is a compact area which is easy to explore on foot visiting the major sights over a course of a day. The Old Town is at its busiest on Sunday night when a lively Walking Street market takes place on the main road running through the centre of the Old Town and food stalls are set up in the grounds of some of the surrounding temples.

The Old Town is where you will find a lot of the budget accommodation and restaurants, as well as a smaller number of boutique hotels and high class restaurants. A lot of visitors, however, choose to stay in the riverside area to the east of the Old Town near to the Changklan Road. There are some larger hotels which represent very good value for money, such as the Duangtawan Hotel Chiang Mai. This area is also popular of because its lively night markets such as the Kalare Night Bazaar and the Anusarn Market.