By bus the journey from Ubon Ratchathani to Phitsanulok takes 10 to 11 hours depending upon which bus service you take.

There are currently 2 direct bus services a day from Ubon Ratchathani to Phitsanulok available to book online.

Use the Search Box below to buy bus tickets from Ubon Ratchathani to Phitsanulok: 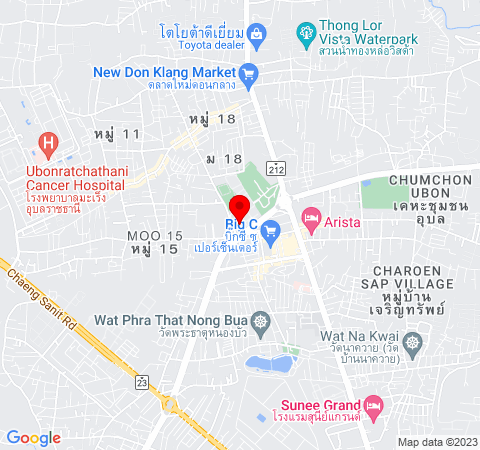 About Travel to Phitsanulok

Phitsanulok is a small city with around 70,000 permanent residents. Although one of Thailand’s oldest continuous settlements, founded more than 600 years ago, most of the buildings in the city centre date back no further than the 1950s. This is because much of Phitsanulok was destroyed by a fire in 1957. At the time of the fire most of the buildings in the city centre were made of wood. The buildings that replaced them were for the most part modern in style and unattractive. The major exception being the magnificent Wat Phra Si Rattana Mahathat, which is one of the most important Buddhist temples in Thailand and Phitsanulok’s only major tourist attraction. There are a number of points of interest at Wat Phra Si Rattana Mahathat, which was founded in 1357. However, most visitors come to this temple to see the Phra Phuttha Chinnarat statue of the Lord Buddha. The Phra Phuttha Chinnarat statue is widely considered to be the most beautiful statue of the Lord Buddha in Thailand. This 375 cm tall statue is covered in gold paint and housed within a magnificent shrine hall with intricate wall murals and crystal chandeliers.

Phitsanulok was also the birth place of King Naresuan the Great. King Naresuan the Great is an important historical figure in Thailand and his heroic acts fighting the Burmese are the subject of lots of books and films in Thailand. The palace where King Naresuan was born, the Chan Palace, has been partially reconstructed. None of the original palace remains. Parts of temple adjacent to the palace, Wat Wihan Thong, have survived and are open to visitors. Wat Wihan Thong is believed to have been the temple which the future King Naresuan would have attended as a child