The only way to travel direct by public transport from Uttaradit to Khon Kaen is to take a bus. You can also travel by train, via Ayutthaya where you need to change train lines to reach Khon Kaen.

There are currently 3 direct bus services a day from Uttaradit to Khon Kaen available to book online.

Use the Search Box below to buy your tickets from Uttaradit to Khon Kaen. 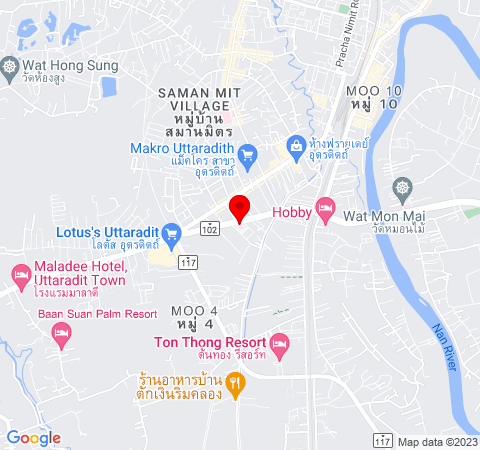 About Travel to Khon Kaen

With a population of over 100,000 permanent residents, Khon Kaen is one of the four large cities in the North Eastern Region of Thailand. Alongside Nakhon Ratchasima, Udon Thani and Ubon Ratchasima, Khon Kaen is one of the major economic, cultural and educational centres of Thailand’s most populous region. The arrival point in Khon Kaen for bus services from Uttaradit, Khon Kaen Bus Terminal 3, is over 7 km from the centre of the city. Public transport links between Khon Kaen Bus Terminal 3 and Khon Kaen city centre are poor so we recommend that you take a meter taxi which should cost 80 to 100 THB depending upon your final destination.

Khon Kaen has no major tourist attractions. The two most interesting places in the city to visit are Khon Kaen National Museum, which features archaeological finds from the region, and Wat Nong Waeng, which has a 9 storey stupa filled with statues and religious art and relics. What Khon Kaen does have, however, is good facilities in terms of restaurants, bars and hotels. The city also has small number of bars and restaurants catering specifically to foreign visitors clustered in, and near, Soi Kosa in the centre of the city. Of far more interest to visitors are the Ubolratana Dam, Phu Wiang National Park and Phu Kradueng National Park which are all located some distance from the city centre.