Wat Saman Rattanaram is an interesting temple, best known for its large statues, which is located to the east of Bangkok in Chachoengsao.

Wat Saman Rattanaram has a peaceful location on a large island in the Bang Pakong River. There are several temples, also on the riverside, nearby which you visit by boat after seeing Wat Saman Rattanaram. Wat Sanam Rattanaram is an unusual temple in that it features 6 main statues dedicated to both Hinduism and Mahayana Buddhism deities as well as a replica of one of Myanmar’s most important religious sites. The six statues are: 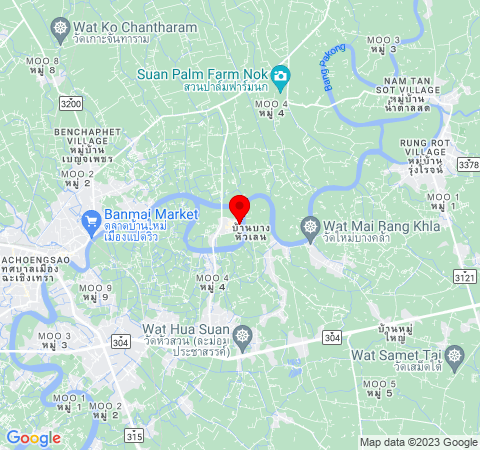